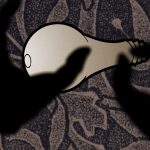 I want people to take as much as they can from the movie. It started as a basic psychodrama, with a character entering a space and investigating what seems strange and then possibly finding something that they can’t understand. The space is defined by the character’s ignorance in relation to what they are seeing. It’s said that, “we see what we want to see.” But, of course, there’s a truth that lays behind what we see and what we don’t.

Then the character finds something and has both an external and internal – or objective and subjective – experience with what they take from that place, all of this “mixed experience” is fairly easy to express through animation because it’s all constructed as collage, so what’s interior can be exterior and vice versa, very much like our simultaneous interior and exterior experience in conscious life. That’s what I love so much about animation, it’s how much better it expresses reality than live action cinematography! Yes motion is inherent to realism, but it’s not the whole story. Internal moving-visual-thinking is the other half, and for some it’s way more than half.

So, I was turning that into a kind of essay on the very normal experience of objectification and desire for answers, and the capacity for compassion and empathy in the face of that as well. The film is a real human story about our role as a mind in the world, and how it affects the world, and how it affects ourselves for that matter. I think it reaches way past the narrative itself, and into a kind of poetic mythologizing of “the questioner of reality”, or “the scientist”, who we all are in some way, and who is also human, and who also has a spiritual side, but then has to make compromises for their own humanity, and for their own empathy, in order to even ask the questions that they want to ask about the world and what they’ve found.

It’s a story of poetic redemption and consequences, but, maybe they’re consequences to questions that we don’t really have a choice in asking. So, in some ways, the film is a dramatization of everyday experience, and what we do to our minds and to our own spirits in order to navigate this journey that we’re all on. To accept the consequences of our actions, to continue to act, and ask our questions, and make choices about what we will sacrifice on a daily basis, and in many ways, also while we sleep and dream.”

Profound objectification is a method of achieving equanimity that a lot of artists know about because it comes from practicing drawing, or photography, or painting, or sculpting, or any art practice where you’re doing a lot of observing.

It’s like in drawing from observation – which is part of my practice. As you practice more, you start to see past your own desires, past your own assumptions of the subject in it’s relationship to you. You also see shallower as well as deeper. You start to see shallower than the meaning, shallower than the surface, shallower until it’s just the light that you’re seeing. The light that simply bounces off the surface. The light that’s reflected off of, and refracted inside the surface, and then comes back toward you. That’s what you’re looking at. Rather than what you want it to be, the subject starts to just be what it is. You start to see it without all the extra stuff you put on it and you realize that it is in it’s own right. This is a clearer and more humble version of anything you look at, without even it’s name, not the name we all agree on or the name you call it by, but by it’s name as it’s called in your eye by the light that returns from it at the moment you’re watching.

It’s this kind of seeing that allows you to see the spirit in inanimate objects. You don’t have to imagine it, you don’t have to know it, you don’t have to make any decisions about it at all, you just have to see it without all the naming and choosing and wanting and deciding and knowing, the light as it is. In it’s shallow nothingness strips you of all the artifice of your understanding of what you’re seeing.

This film took me 10 years to complete. It’s made with 6 different animation techniques including 16mm-stop-motion and full CGI.

My intention was to create a collage film, not simply with cut and pasted materials, but also with several animation techniques, because, like different materials, different techniques bring their own context.

The scientists dream is a dream of utopian technology, yet reality is a composite of dialectics. Each sequence is represented in kind, with it’s own animation technique as well as pattern design. The jungle pattern is from a late 19th century text on “The Anatomy of Pattern”. The graph paper is from an engineering resource called “Making Graph Paper From Your Copier”, and the complex maze like geometrics are from the history of Islamic aniconism, where God is represented through the only means at the artists sacred disposal, mathematics and geometry. 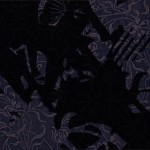 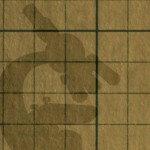